It all started when I was six or seven. Twiddling the knobs on our ‘Bakelite’ radiogram I would listen to the Shipping Forecast … and I presumed that characters like Dogger and Bailey, Hebrides and Malin actually made the weather for us every day.

This is when I began writing my ‘Weather Story’, imagining that these creatures were divided into two groups: the Fair and Foul Weather Fairies, battling to control our weather. And as I wrote more and more they turned into individuals, Malin-the-Bad, for example, and Finistere the White Witch. 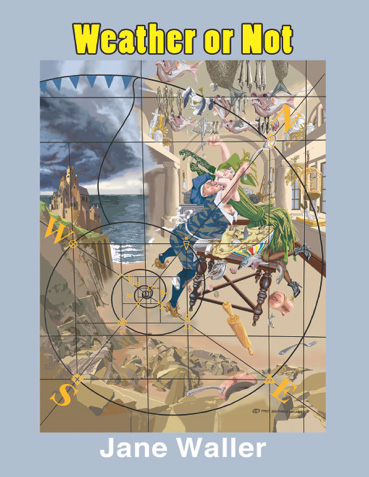 Much later, I developed it during ‘Creative Writing’ - the Subsidiary Subject I chose while studying for my MA in Ceramics at The Royal College of Art. And it won the ‘Creative Writing Prize’. However, the story, though fun, still didn’t have a strong enough core for my liking.

But then we became aware of ‘Global Warming’; this would provide a strong centre for me to complete the tale.

‘Weather or Not’ is for readers aged 9-90, including those who go out to sea in ships – and those who love the Shipping Forecast.

This is a book about the rise of Global Warming seen through the eyes of Wendy, a young girl snatched from the roof of the Exeter Weather Station by German Bight, only to be captured and imprisoned in the dark, unwholesome dungeons of Heligoland – a cloud-castle situated at the heart of a LOW barely rising above the Irish Sea – the home of the Foul Weather-Makers.

Then, as she uses the Jet Stream, we follow Wendy on a journey to Beaufort – a towering white Cumulus Cloud situated above the White Cliffs of Dover where the Fair Weather-Makers like Faroes, Fair Isle, Fastnet and Nanny Dover dwell.

A magical Weather Book gives power to whoever opens it to create Extreme Weather. Wendy is sent down again to Exeter, to warn the Mortals about all the changes that need to be made urgently to save Planet Earth.

‘Me Jane’ follows a 1950’s childhood through the thoughts and feelings of a child living in the countryside then sent to a rather demanding boarding school in Surrey (complete with mad matron and flasher). The language gradually changes from that of a four-year old, on through her teenage years (with a desperate search for a boyfriend) until, at 17, she becomes a beatnik and heads off to study art in Oxford.

Using her mother’s diaries, and later her own, she evokes clear memories of those far off days, so different from now. It also tells how those in power – a subject not taught in schools – deprived Aylesbury of a beautiful Georgian house and grounds which had taken the family seven years to completely restore, but which was subsequently destroyed by a road-widening scheme – and which also broke apart the marriage of her father and mother. 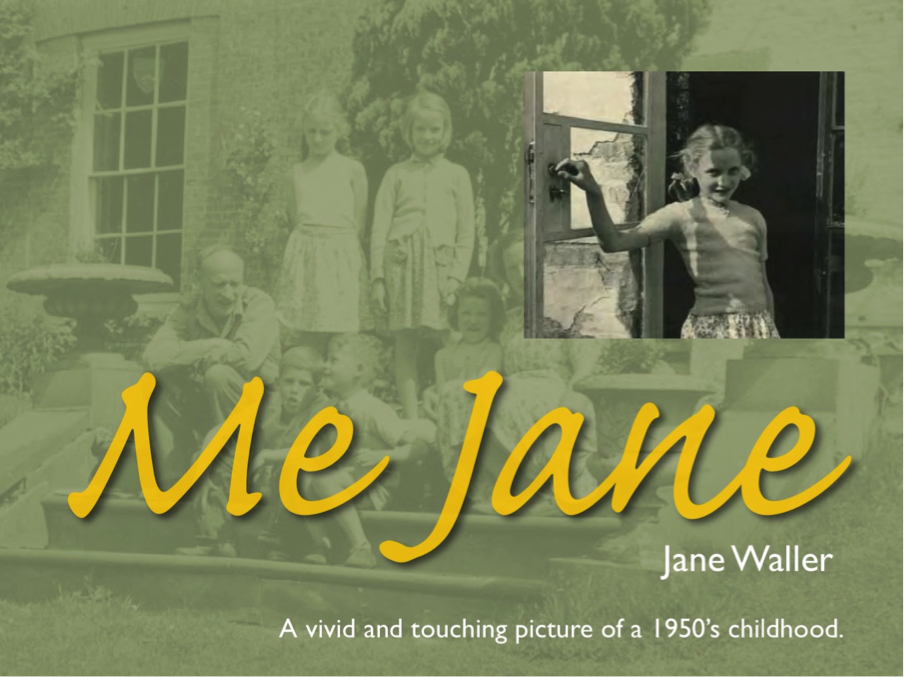 You’ve all probably seen a rat in your garden or in the streets of London looking for food around bins and rubbish. They say you are never six feet from a rat in London which is a very scary thought.

But you have most definitely never met any rat quite a huge as Igor.

Here is a taster for you from page 70 when Susie meets Igor for the first time down in the slimy, dark, dank London sewers… Under Buckingham Palace

‘Oh!’ she yelped.
‘What is it? Sshh!’
‘Look! Look at that Rat. He’s monstrous!’
A rat of enormous size – bigger than a cat – sat contentedly at Griselda’s feet, his ropey tail knotted firmly round one of her legs.
White whiskers twitched on his face. Occasionally he bared some yellowing teeth.
‘That’s Igor, the Princess’s pet rat. Yes, he is rather large, I suppose. He’s a Black Rat, and he belongs to the Old English Ratocracy. There aren’t many of them left.’

Well thank goodness there aren’t many of them left…

If you live in London and have ever wondered what goes on under your feet in the smelly sewers, Under Buckingham Palace is a must read exciting page turner. It follows the adventures of Susie, who one day finds herself down in the sewers when the lifts in her flat go wrong. She is stuck in a terrifying and dangerous world where she must fight to save the life of the Queen of England against hideous sludge gulpers and grotesque slimy creatures. Can she stop them? you’ll have to buy the book to find out.

If you would like to buy a copy you can buy it direct from Jane or as a Kindle book on Amazon.

Have you ever seen anything quite so ugly as Princess Griselda? Well you haven’t met her mother Queen Greemould yet.

To read about Suzie’s incredible adventure in the sewers of London you’ll have to contact author Jane Waller to buy your copy of Under Buckingham Palace.

You’ll never see London streets, manhole covers or drains in quite the same way ever again. Does your sewer have a family of sludge gulpers, a rat army and slime grubbers? 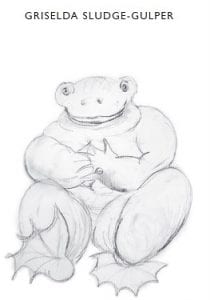 Here is just a tiny taster from p.70 of the book when Suzie meets Princess Griselda on her amazing adventure:

Princess Griselda was ghastly – the ugliest thing Suzie had ever set eyes on. Splodges of a vivid sulphur yellow tumbled over one another in rich profusion, snugly settling in a series of spare tyres which spanned her lower circumference. Her dark spotted eyes bulged like her arms and legs.
‘She’s… absolutely uglificent… I mean magnificent.’ said Suzie.

You’ll have to buy your copy of Under Buckingham Palace by Jane Waller to hear more of Suzie’s ghastly adventures.

Available directly from Jane at just £6.99 and shortly at Waterstones book stores.