In the first half of the 1940s, the wartime scarcity of wools and dyes produced innovative, figure-hugging lacy designs and creative stitch techniques of bobbles, cables and ribs. In the post-war period there was an even more acute shortage of materials, which meant that imaginative Fair Isle designs and embroidery techniques became the only solution. As the 1950s approached, however, a greater availability of materials led to the voluptuous batwing look and looser garments.

This lavish book celebrates the patterns and designs of 1940s knitwear. Drawings and photographs from the original pattern magazines accompany modern colour photographs of the garments knitted up for today’s wear. In addition, it provides a history of wartime Britain and America, often using the actual words of the knitters and designers used by the fashion magazines.

Patterns appear chronologically, reflecting what was happening at the time, and progress from the very simple (snood, balaclava or WAAF doll) to the more intricate blackberry stitch and lacy designs as the knitter becomes more fluent with the needles. Many of the designs are unusual, and there are sequins, beads knitted into the fabric, and knitted buttons. American, British and continental needles sizes are included, as is American terminology; and measurements are given in both imperial and metric. The material comes from her collection of over 2,000 historic knitting patterns. (Now housed in the Knitting Museum in Winchester – part of Southampton University). 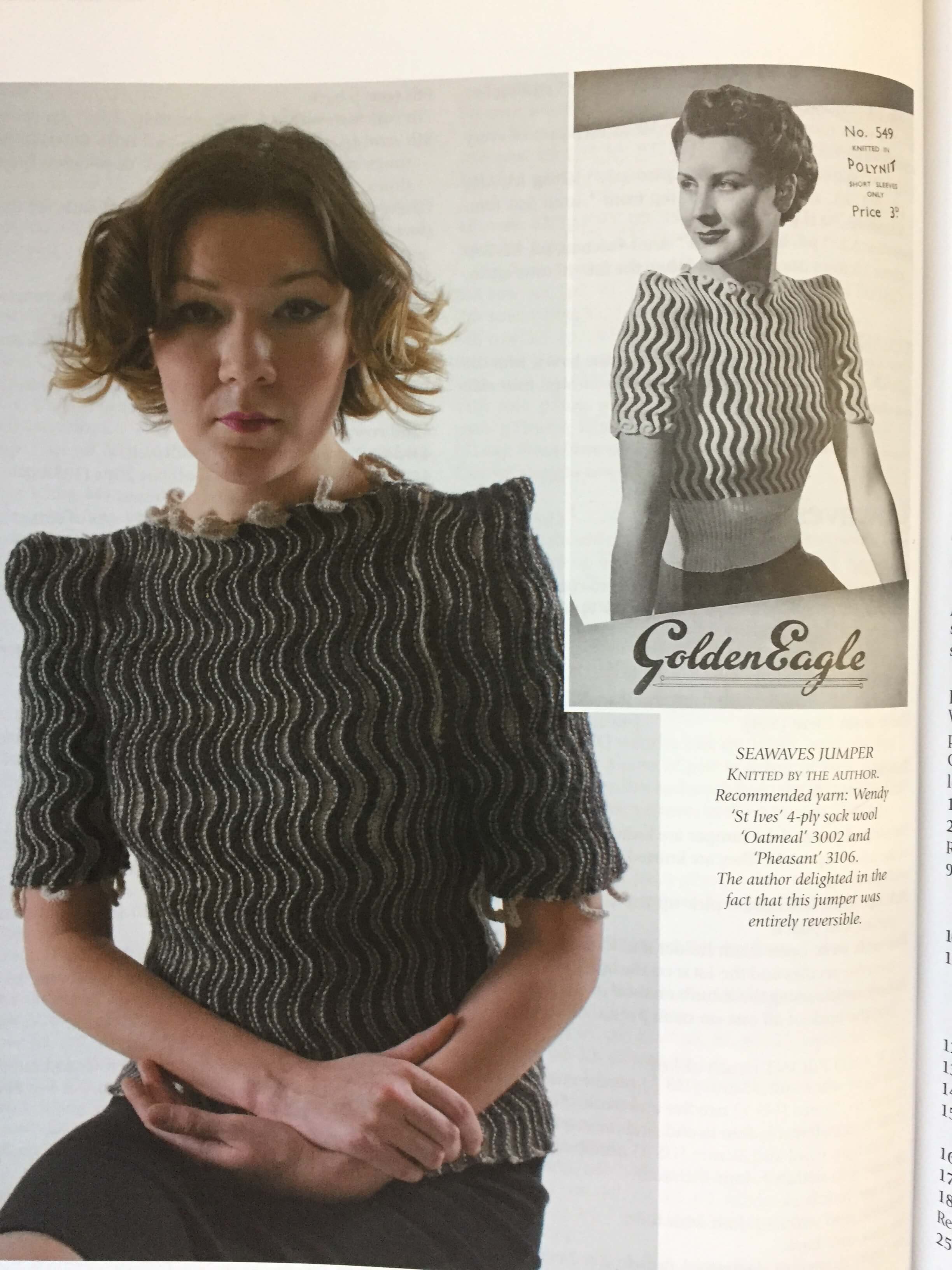 This jumper from ‘The 1940’s Knitting Book’ looks really modern – and can be worn reversed. It is knitted straight across from one side to the other.