Glass-blowing at the RCA

I was allowed to do some experimental glass-blowing at the RCA in ‘The Department of Ceramics and Glass’. All the other students already had a BA in Glass-blowing but I learned to blow my first ‘bubble’ on Fridays, when the glass-students were having their seminars.

Once I mastered the technique, I began ‘trying out’ experiments with things that weren’t supposed to happen in glass-blowing: using things from my ‘Department of Ceramics’ which I wanted to include in the glass: enamels, ceramic oxides – as well as using colours and ‘recycled glass’ from the cullet-bin … and sometimes trapping bubbles inside for effect.

I had a ‘think’ and came up with the idea of laying all the ‘poisonous things’ along the marvering bench first, then blowing a small bubble and picking up the poisonous material, warming them above the Pot until they began to melt a little, then blew the whole lot out a some more … before plunging the whole lot into the pot to gain a further coating of clear glass.

The poisonous materials, being encased between two clear layers of glass made them safe for use … so that only when the piece is broken would they be revealed - but then the article would be of no use anyway!

The pieces are, necessarily, a little thicker, but then, they don’t break so easily –and, because I was having to form a stem myself - on drawing one down from the bubble, I found - to my joy - that some of the decoration came down into the stem as well.

Then quickly, I had to hang the ‘woblet’ while feverishly making a foot for the piece before it cooled … or I hailed a passing blower to get one for me to form before finishing the piece and putting it into the kiln to anneal overnight.

The next day was Saturday… so I had to wait, impatiently until Monday, to see what I had blown.

So here is some of my work ... and I was allowed to show them as part of my Finals Show.

a) ‘Waller Woblets’; use the natural movement of when the different oxides melt and move to alter the woblets’ shapes - to make them interesting to look at and hold. Sometimes these are swirled around. I have also lightly acid-etched the extra clear top layer to matt down the surface a little.

b) Vases; use sometimes more than one experimental layer of colours and sometimes acquire bubbles - but are always encased in clear glass. These are heavier – but, again, they don’t easily break! 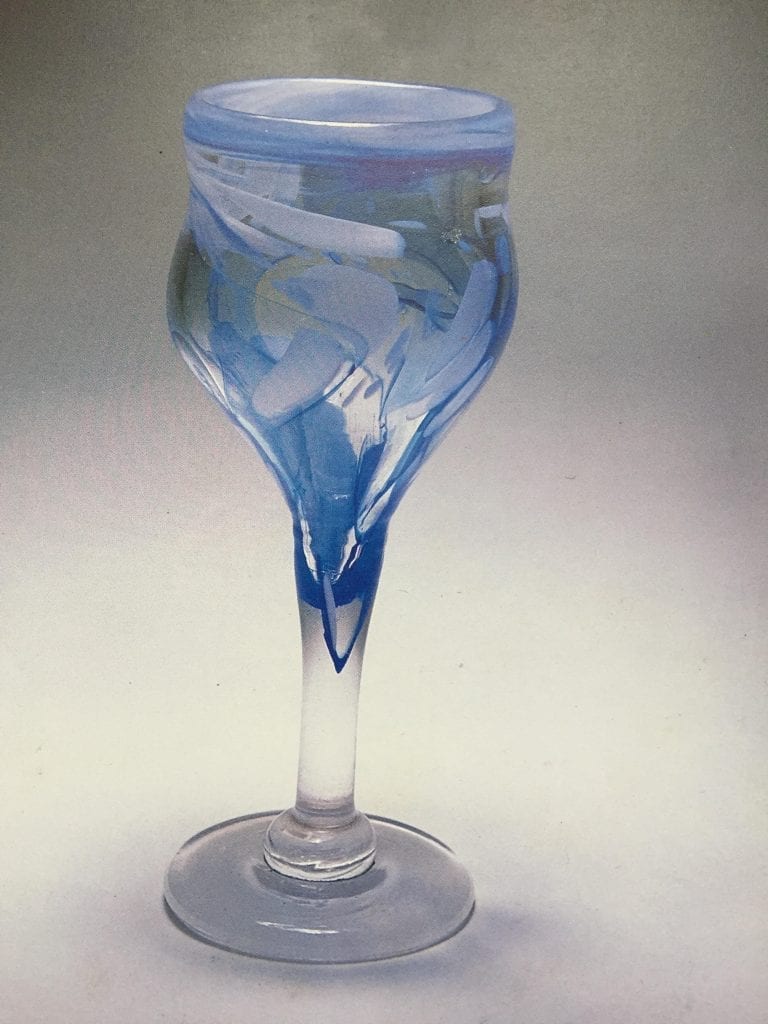 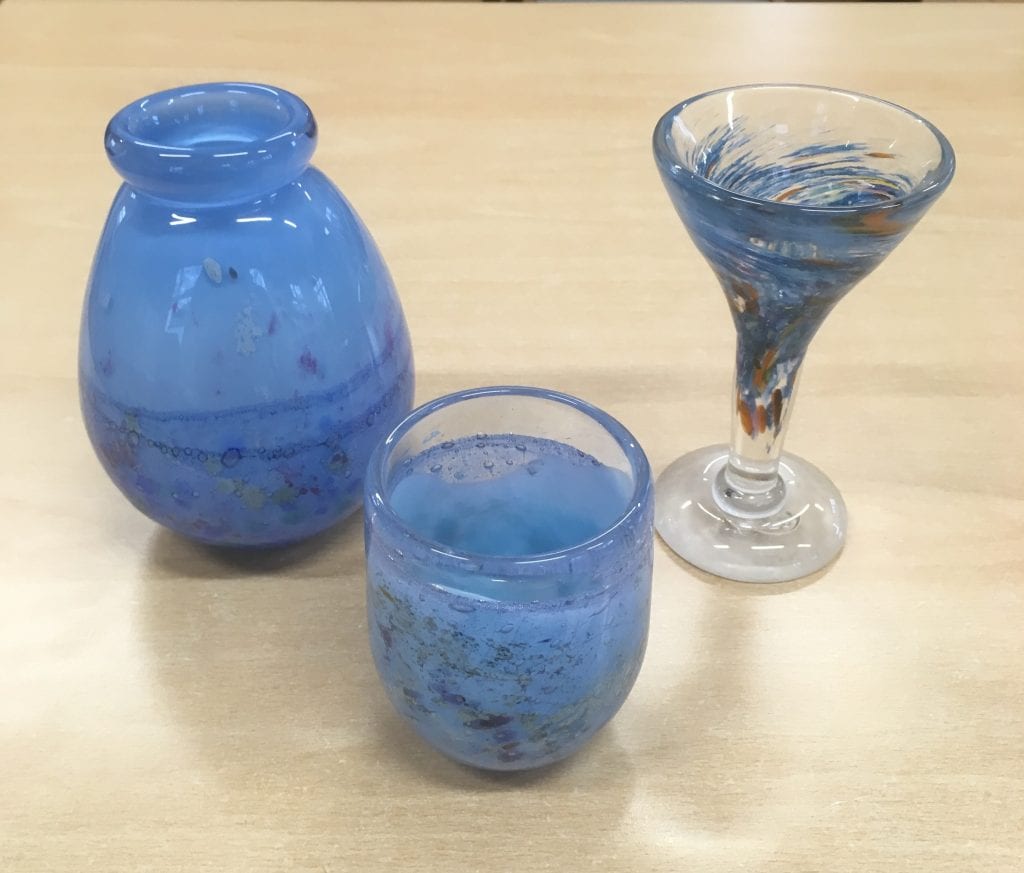 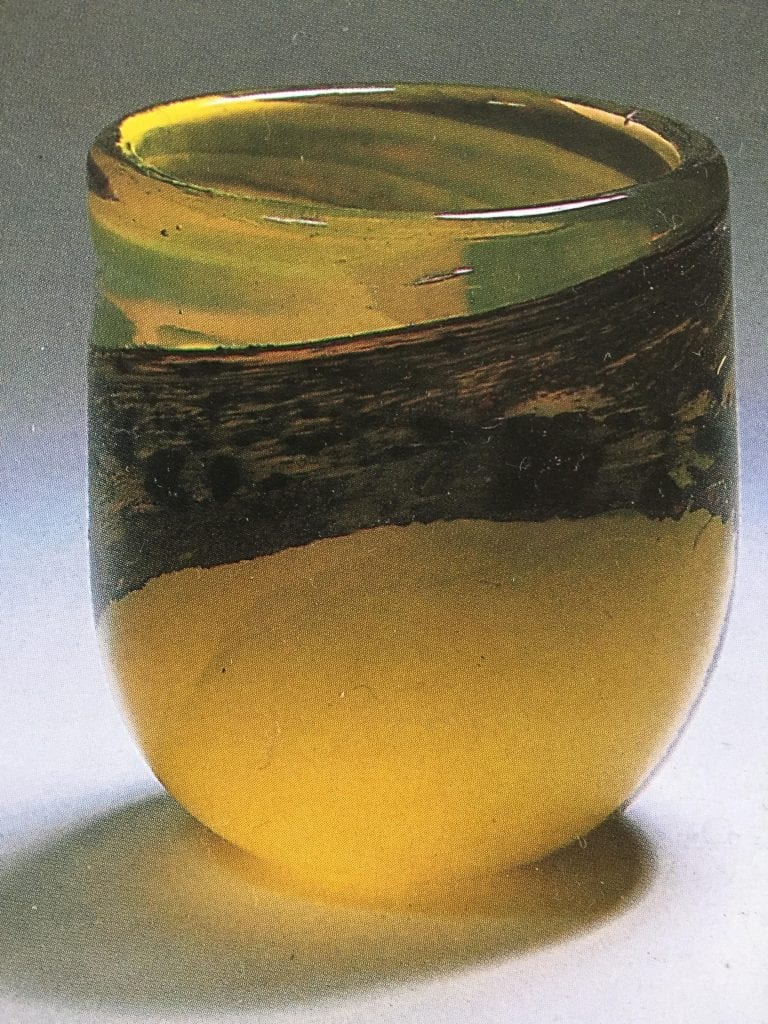 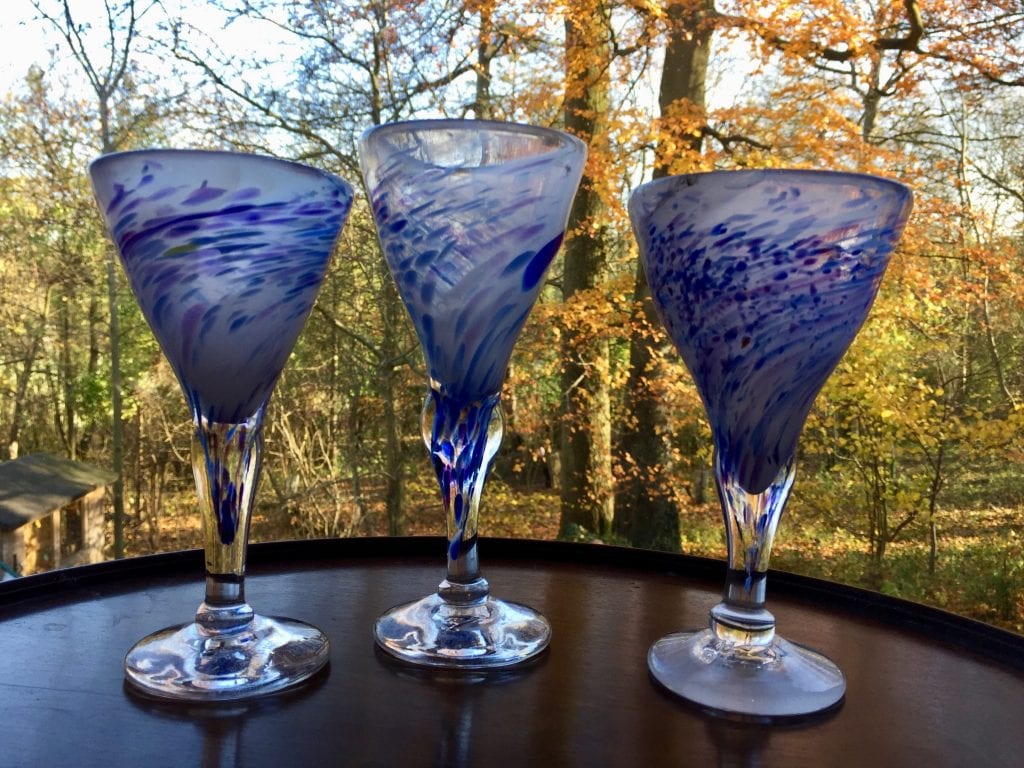 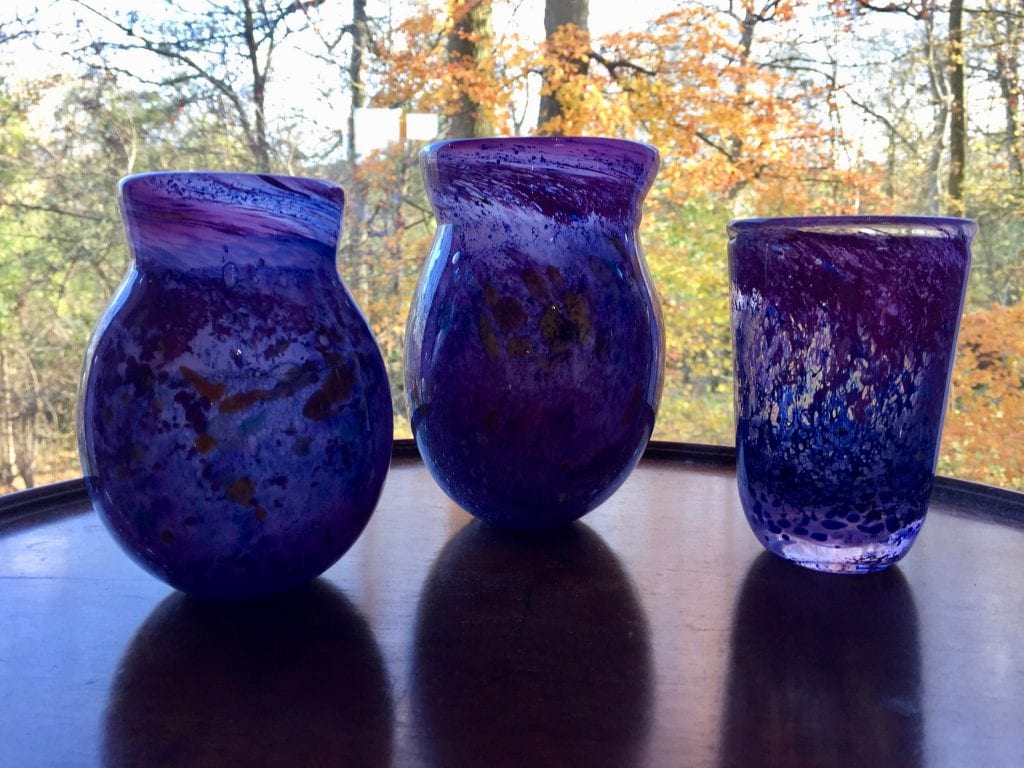 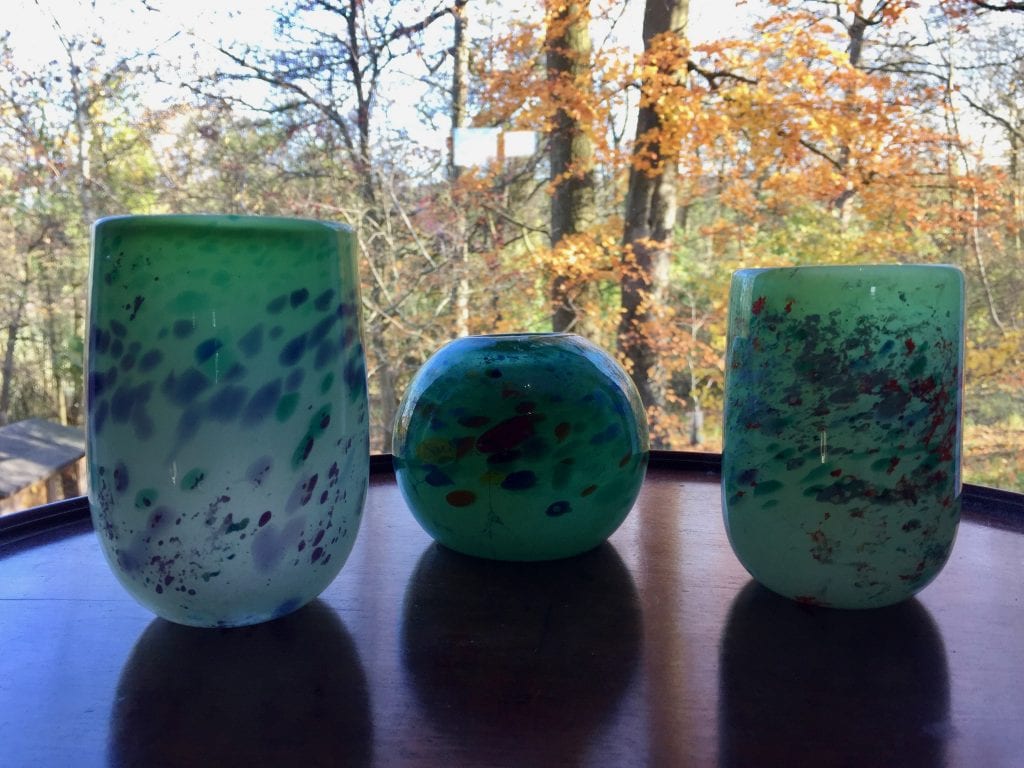 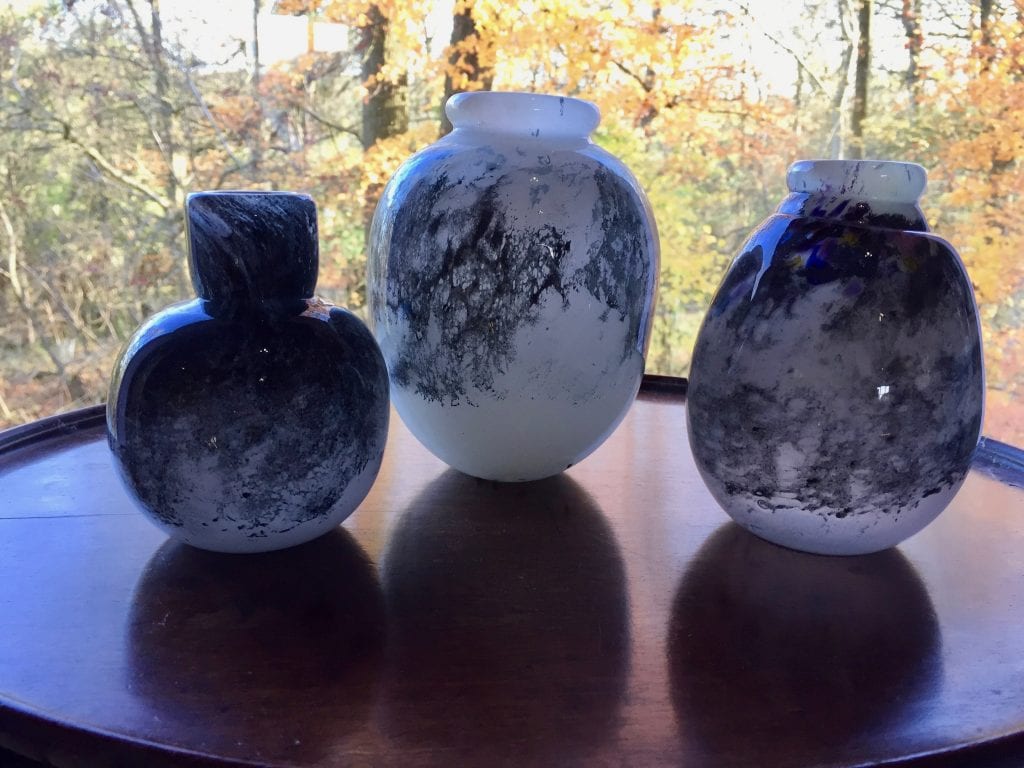 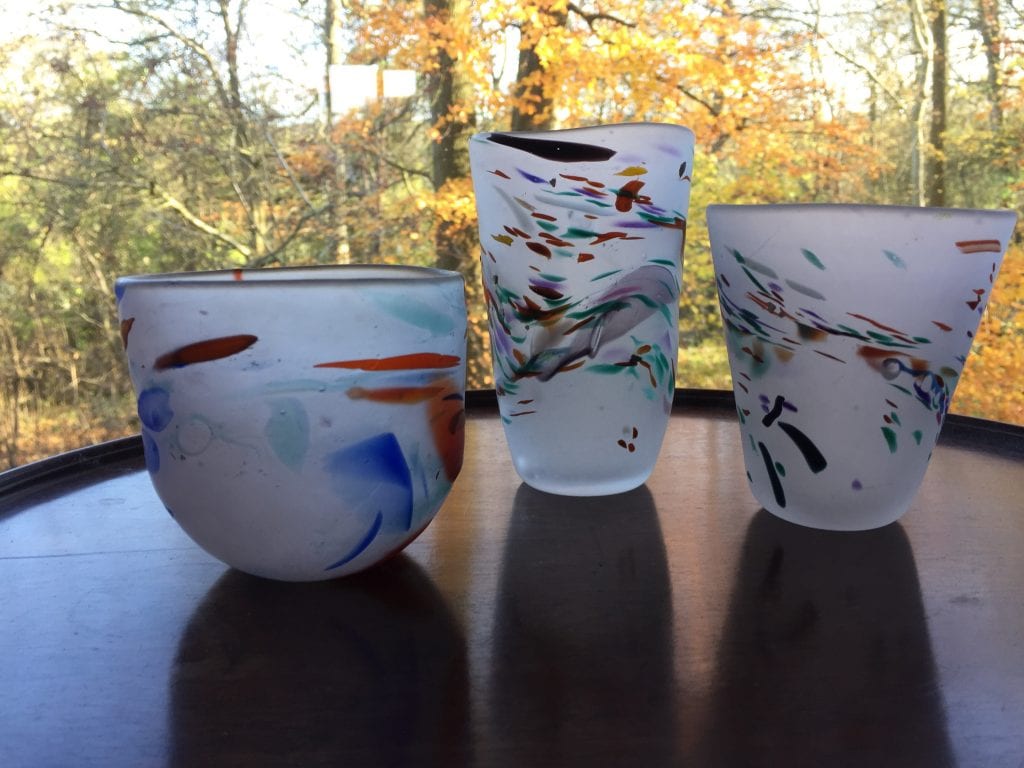 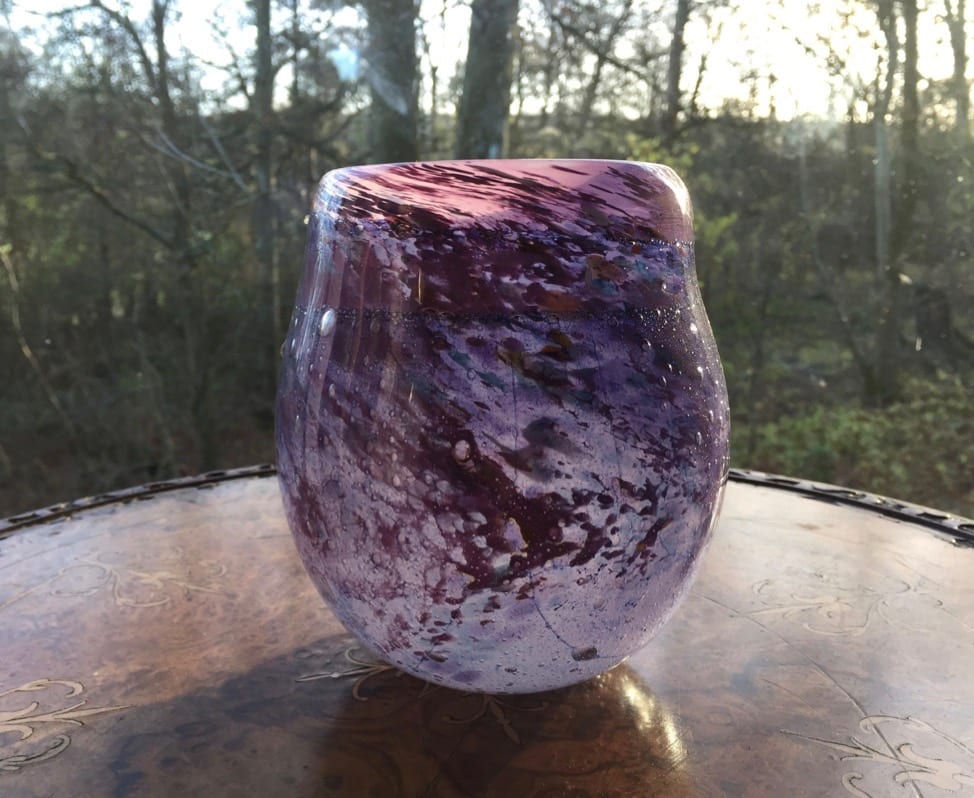 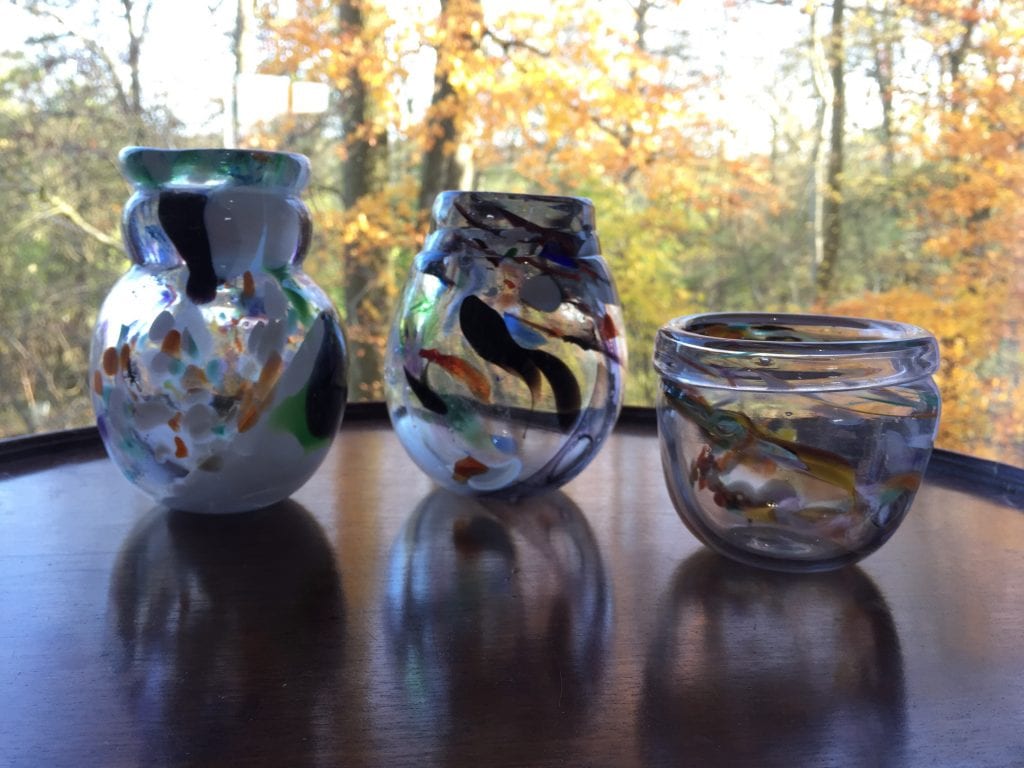 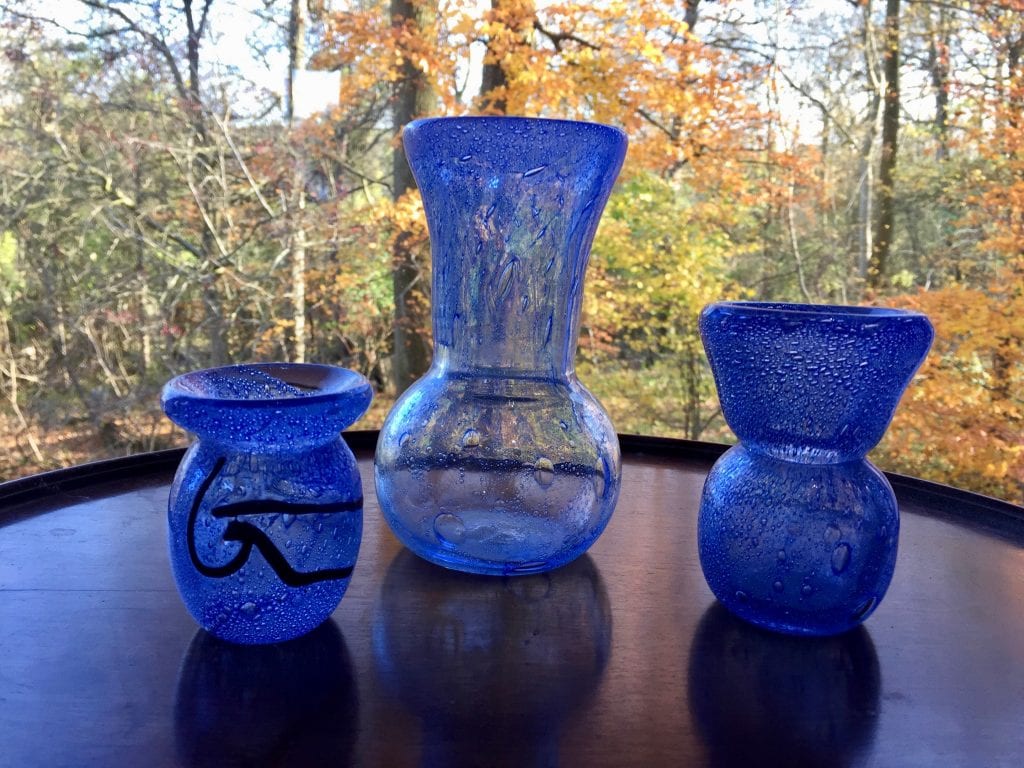 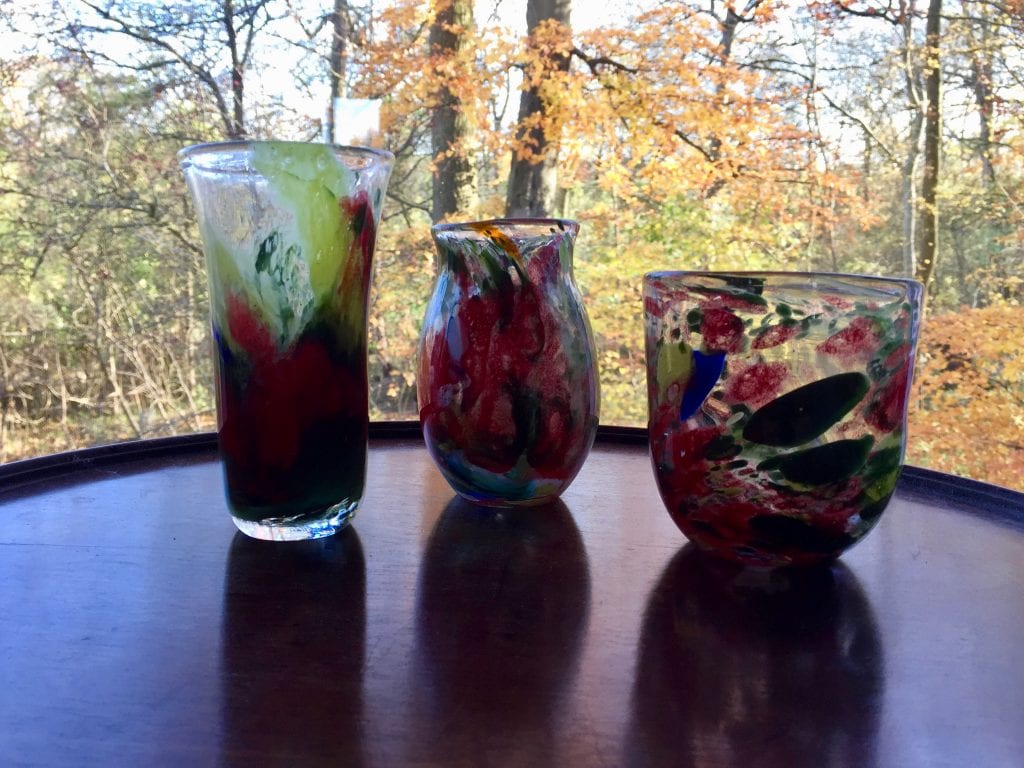 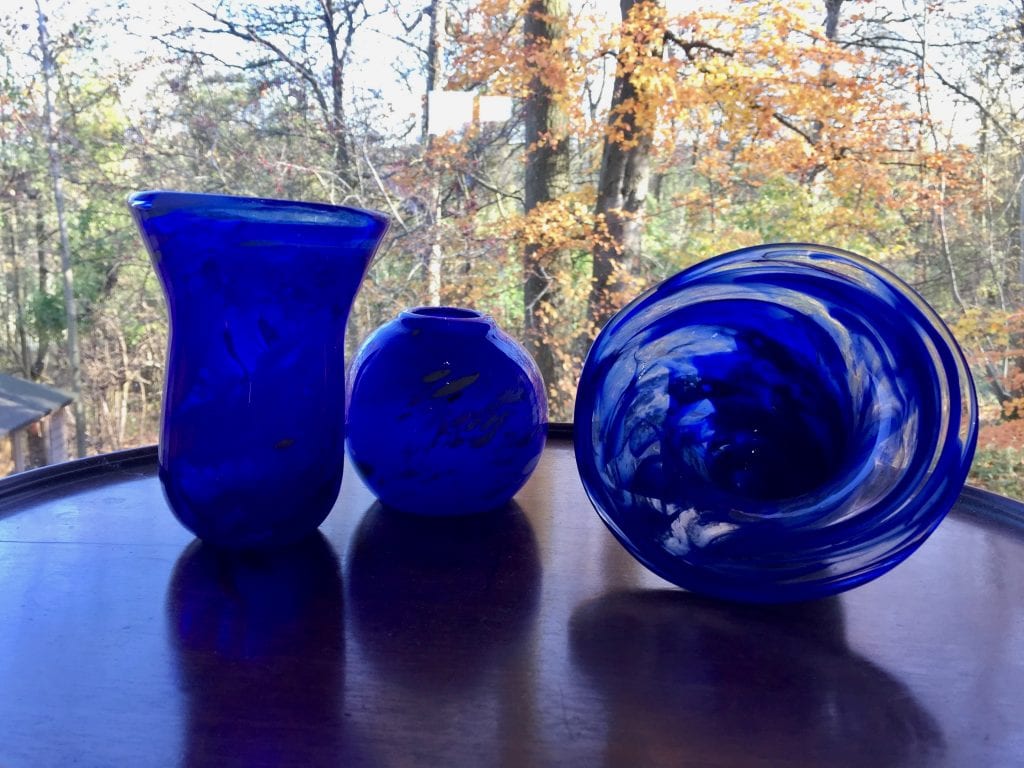 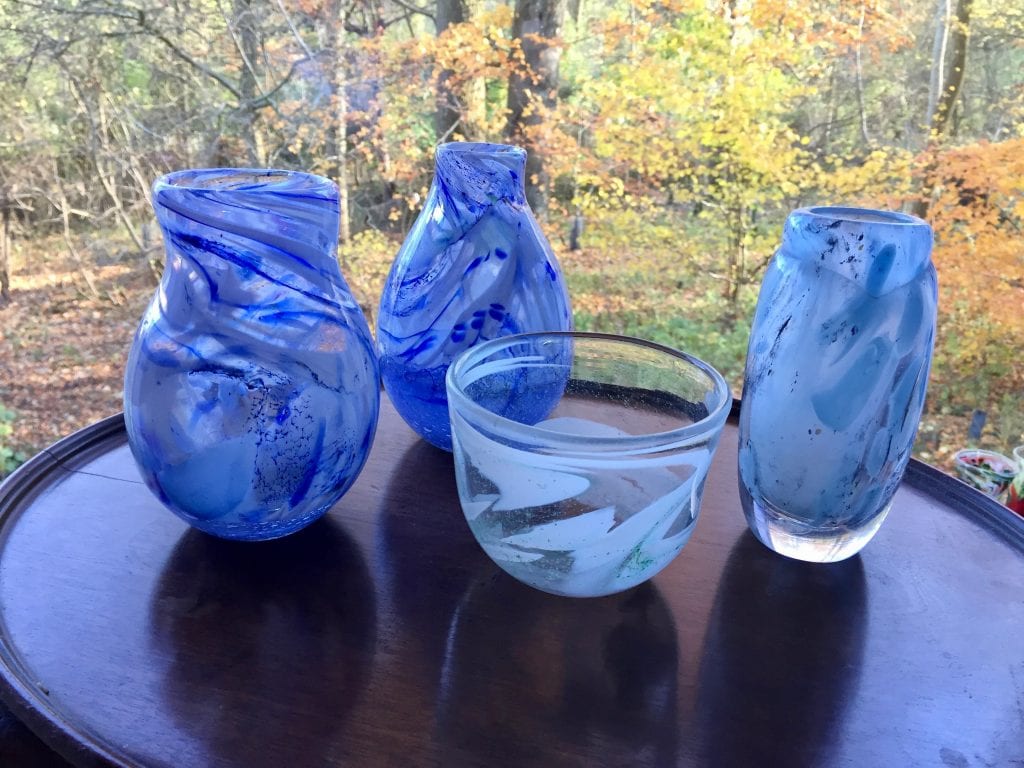 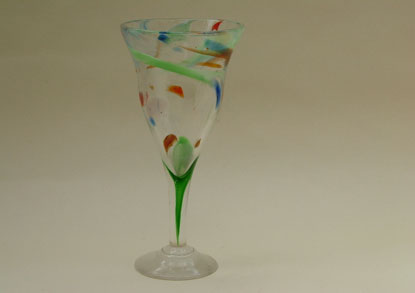