Under Buckingham Palace is the reincarnation of a now out-of-print book written by Jane some years ago, called the Sludge Gulpers.

It is a delightful tale of a young girl who finds herself down in London's sewers with a very important, dangerous journey ahead.

Soon to be stocked in Waterstones and also available direct from Jane, this new book costs just £6.99.

It's perfect for children but Jane’s books are so inclusive they can be enjoyed by 8 – 90 year olds alike.

“The old lift creaked downward, and when it reached the bottom floor of her block of flats, to Suzie’s horror, it didn’t stop… but went on going down and down and down…

Suzie finds herself in the sewer tunnels under London, and in this strange subterranean world a group of creatures are expecting her.

They are the Sludge-Gulpers, and they’ve kept their existence a secret from Humans for centuries.

But now treacherous things are going on under Buckingham Palace. The terrible Queen Greenmould is scheming to take over the complete sewer system; and, even worse, to start interfering Up Above.

And Suzie is needed to help save the Sludge-Gulpers from the foul sewer Queen, the evil Slime-Grubbers, and the ferocious army of Rats.

A wonderfully horrible, fast-flowing and witty tale to delight readers from age 9 to 90.

To write a story set in the London sewers I needed to see what they were really like. So one day, once I had obtained permission, I was let down through a manhole in Hyde Park by ‘The Hammersmith Flushers Depot Team’, dressed in thigh-length waders, a bright yellow waterproof, safety harness and a helmet complete with sewer-torch.

I journeyed underneath the French Embassy and witnessed some fragrant French bathwater gushing forth from their outlet. Further along, Mr Chris Foreman pointed out, in a smaller side outlet, a rat’s nest composed of a torn-up ‘Warfarin’ sack. (Warfarin is used to kill rats!) And the sewer echoed back our laughter.

I thoroughly enjoyed my visit – and the pong wasn’t that bad after all.

‘Under Buckingham Palace’ is a new version of ‘Sludge-Gulpers’, originally published in 1997 by Pan Macmillan’s Children’s Books. 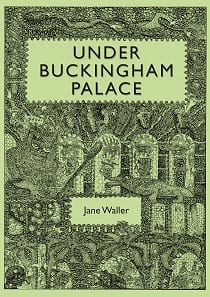 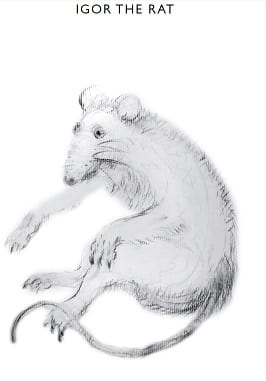 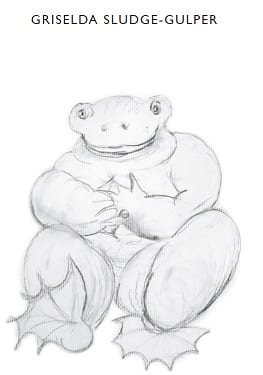 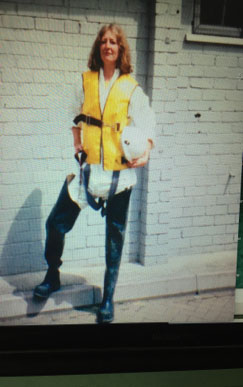